History of the Wells Public Library 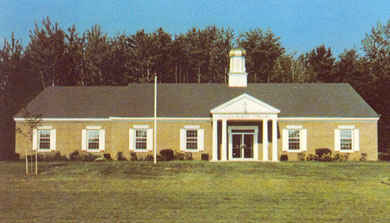 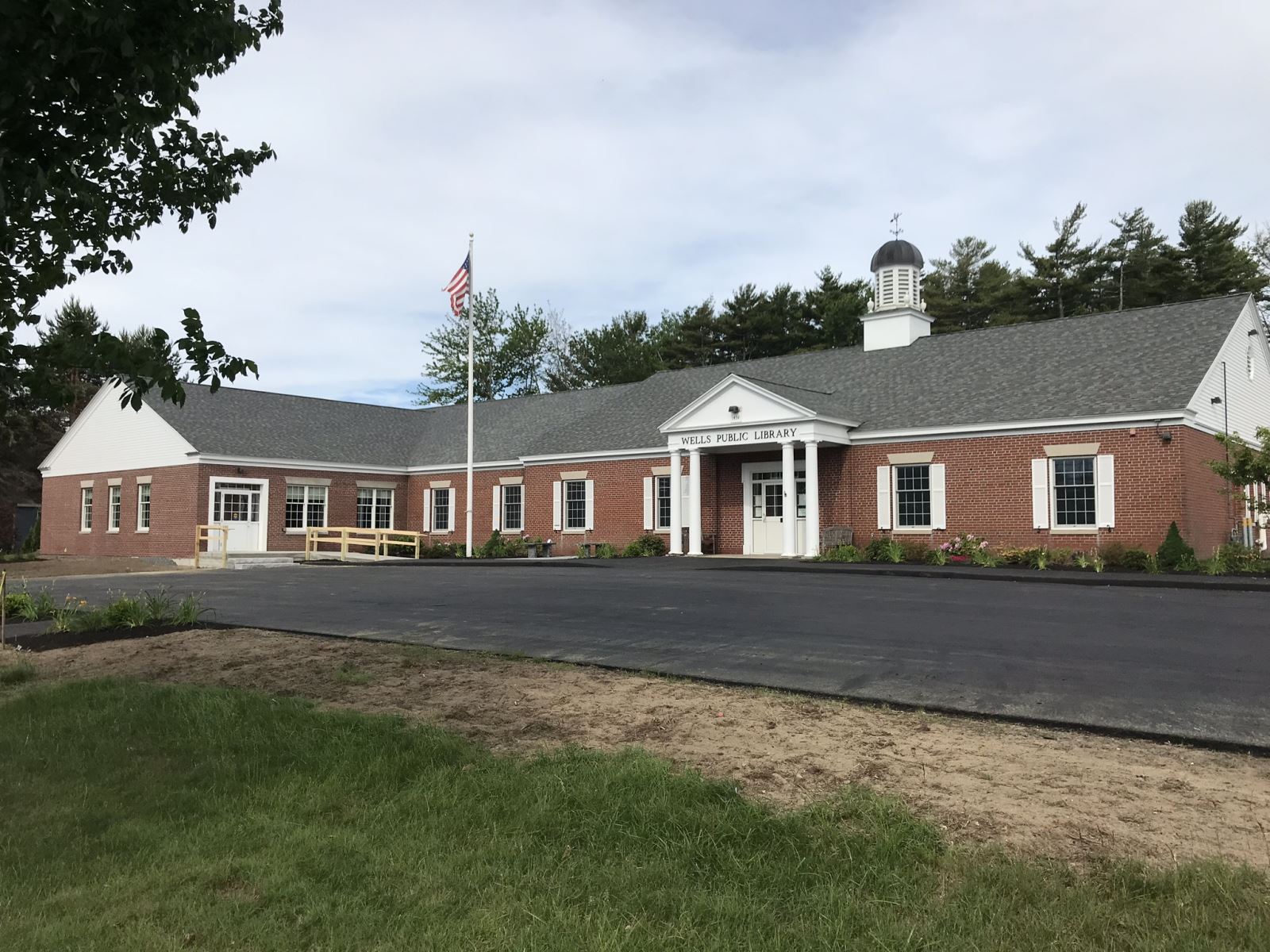 In the 1950's, the Lions Club with the support of the Chamber of Commerce endeavored to promote a library for the Town of Wells. The seed was planted under the leadership of Walter Fitch. Other members of the committee were: Albeo G. LaPierre, Carroll Beals and Frank Higgins, Sr. The seed lay dormant until the late 1960's when the Wells Grange Community Committee again sponsored a library for Wells. In 1968 Lawyer Walter Hatch wrote incorporation papers establishing the Wells Public Library which were accepted at the March 1969 Town Meeting as a quasi-municipal organization with a fifteen member Board of Trustees, five of whom are elected annually to serve a three year term of office.

A piece of land, measuring 215 feet by 300 feet, adjacent to the school property was voted for use by the library at the Town Meeting of 1974. Using EDA funds, construction on the building designed by the architectural firm of Wadsworth, Boston, Dimick, Mercer and Weatherill was started on December 22, 1977.

The doors of the library opened on December 4, 1978 even before most of the furniture had been delivered. On February 25, 1979 the library was dedicated to Miss Ethel Weymouth, a teacher in the Wells Schools, who for more than twenty years was a driving force in the establishment of a library in Wells. Miss Weymouth, who died May 31, 1986, bequeathed her estate to the Wells Public Library, Inc.

In 1988, the Wells Town Meeting voted to place $50,000 in Capital Reserve for future library expansion. Architect Dennis Mires' design and a model made by Aaron Perkins were displayed on voting day in 1992 and the subsequent town meeting approved expansion plans and released the capital reserve fund. A state Jobs Bond grant of $244,000 was awarded to the Town of Wells. A formal ground breaking ceremony was held in October, 1992 and the addition and renovations, performed by the company of H.L. Patton, of Kittery, Maine were completed in the summer of 1993. This work was dedicated on June 6, 1993 and featured former board member Mary Cole who spoke of the early efforts to create a library in Wells.
A stained-glass window designed by Susan Pratt-Smith was gifted by the Board of Trustees in honor of Alberta Morison and Mary Cole for their longtime devotion to the library.  It was installed in the rear children's section of the library.  A gingko tree was planted in honor of retired Library Director Julie O'Brien, whose expertise led to the greatly improved facilities. The history section was dedicated to Sara M. and the Honorable Walter E. Hatch. A building fund donated by the Hatch family helped make this addition possible. Plaques were mounted to honor these and other major contributors.
The first Library Director, hired August 7, 1978, was Suzanne Thompson who worked until 1983. Cynthia Riley served as Interim Director during the summer and fall of 1983. Elizabeth Crawford Reisz was the Library Director from 1983-1987, Julie O'Brien from 1987-1991, and Beth Addison from 1992-1995. Susan Coffin served as Interim Director in 1995, Mary Ann Wallace from 1995-1997, Sandy Broomfield from 1997-2000 and Stephen Bahre from 2000 to September 2003 when he passed away.  A stained glass window designed by Susan Pratt-Smith and the library staff was installed in memory of Stephen Bahre in 2004.  Lorraine Canterbury served as Interim Director from September 2003 until January 2004, then Stan Olson served as Director of the library from January through June of 2004. Dr. Patricia Prendergast served as Interim Director from July through August of 2004 when Lorraine Canterbury became the Director through August, 2011.  Cindy Schilling, was named Director in November 2011 and retired in June 2014. Devin Burritt was named Director in June of 2014 until his career change in June 2019. Allison Herman served as Interim Director beginning in June 2019 until Cindy Appleby began as Director in September 2019.
The Wells Public Library has been enriched by many gifts and memorials. The Friends of the Wells Public Library have sponsored the Ethel M. Weymouth Art Gallery and many other programs, enhanced our book and audio-visual collections, gifted original artwork to the Bill Ryan Memorial Children's Book Art Collection, and much more.  In 2001 the Friends presented a stained glass window "in honor of all the Friends throughout the years."  It is located in the rear of the Children's area and was also designed by Susan Pratt-Smith.
Since 1978 many elected members of the Library Board of Trustees have given hours of dedicated time and talents towards the governing of the library.  Six people have been named Honorary Directors. They are Ethel Weymouth, Carroll Beals, Alberta Morison,  Mary Cole, Don Woodworth, and Patricia J. Prendergast, Ph.D. Currently the Board is composed of 9 elected Trustees and is chaired by Maureen Conners.
On December 4, 2008 the library celebrated its 30th anniversary with a special Open House. Highlights of this event included the presentation of proclamations by representatives of town and state government and a timeline created by the staff. This informative and unique timeline features the activities and efforts of the staff, Town, Trustees and Friends of the Library as well as world events for each of the 30 years. Please stop by and see this attractive timeline which has been preserved in a large portfolio in the magazine area of the library.

The Growing Again Campaign began in 2014 to enable the library to expand further. Through the generous donations of the Wells community and businesses, an addition was completed in June 2018. This beautiful expansion added a community room, quiet study room, staff breakroom, a Friends of the Library book storage room, and staff work areas.

The Wells Public Library has been blessed throughout the years with volunteers who have shared innumerable hours of time and talents to assist the staff with a variety of library tasks and projects.  We are grateful for the support of all the individuals, groups, and patrons who have made it possible for us to provide excellent service and to serve as a community center for lifelong learning for over 40 years.